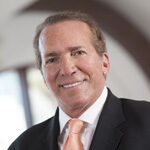 Malcolm Paul in an internationally acclaimed board-certified plastic surgeon with almost 40 years experience in facial plastic surgery. Based in Newport Beach, California, Dr Paul is recognised across there United States for his excellence and skill in creating stunning, natural results to the extent that he has been included in lists such as Best Doctors in America, Orange County Top Doctors, and U.S. Guide to Top Doctors. Dr Paul opened his Newport practice in 1975. He has taught surgery at all levels during his post as Clinical Professor of Surgery at University of California at Irvine, which he has held since 2008. Also at UC Irvine, he is the Co-Director of the Aesthetic Surgery Resident Program. Dr Paul is Board Certified by the American Board of Plastic Surgery and a Fellow of the American College of Surgeons. He is widely published in journals and textbooks and his superior knowledge in the field is also reflected in the vast number of senior and directorial roles in the Unites States' surgical arena: Dr Paul is former President of the American Society for Aesthetic Plastic Surgery, Traveling Professor, the American Society for Aesthetic Surgery (1998-2000), Past President, California Society of Plastic Surgeons (1999-2000) and Trustee, the American Society of Plastic Surgeons (1999-2000).